Join the Elite Squash founder and SquashSkills coaching team in the heart of Amsterdam for a two-day camp focused on improving your movement, with additional coaching support coming from Rich King Coaching.

SquashSkills are delighted to be teaming up with Hadrian Stiff of Elite Squash for a two-day camp focused on movement in the heart of Amsterdam this October.

The camp will take place 1-2 October at the Frans Otten Stadium, Amsterdam.

The focus of the camp will be 'Movement' and will give players access to Hadrian's unique coaching philosophy that has helped many of the World's best players over the last 10 years, including Mohammed ElShorbagy, Joelle King, and Marwan ElShorbagy.

Supporting Hadrian will be Jesse Engelbrecht, the ever-popular SquashSkills coach who has been a stalwart of the site for the best part of 8 years, Rich King who recently won the accolade of being the Dutch Coach of the year and is the resident coach at Franz Otten Stadium, Gary Nisbet, the SquashSkills Fitness Director, and finally, SquashSkllls founder, Jethro Binns.

This will be an incredible opportunity for players to understand how to move more effectively around the squash court. Hadrian is renowned for his ability to help develop smooth and efficient movement patterns that help players get into better body positions, pick more balls up, conserve energy, and ultimately play better squash.

Fear not! This will not be two days of ghosting and lunging. There will be plenty of hitting & gameplay, with a real focus on getting into better body positions and creating more shot options when you arrive at the ball.

How the mind and body interconnect to create beautiful movement is something that continually intrigues me.

We are all unique and our movement is a part reflection of who we are, often influenced by our experience of the sport. This follows on from our relationship with the sport. What does the sport mean to you? How do you feel when you play? Why do you play?

These concepts and questions will underpin a weekend of movement expropriation on the squash court. Bring an open mind and hunger to learn and great things will happen.

In order to move well, we must first let go of the thinking mind and open up to sensations and experiences without any purpose or goal. We are often the ones in the way of producing our best movement and squash, the question is what we should be focusing on to release this. 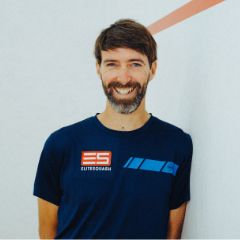 10:00 - Introduction and goals for the morning

10:00 - Introduction and goals for the morning

We are really excited about this camp. I have a long-standing relationship with Hadrian that goes back nearly 20 years. His track record of working with world-class players is exceptional and his philosophy toward the game is one I admire greatly.

I am really looking forward to being in the heart of Amsterdam at the incredible Franz Otten Stadium. Rich King has been doing tremendous work at the club and recently was awarded the Dutch Coach of the year award. It will be great to hear his perspective alongside Jesse and Gary who all bring something unique to this vast and fascinating topic. 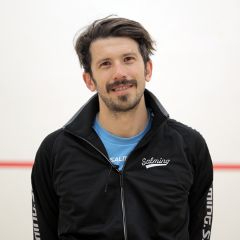 If you have any further questions, please contact Sandra at sandra@squashskills.com

The camp will be held at Frans Otten Stadium.

If you have any further questions, please contact Sandra at sandra@squashskills.com